Americas Cardroom’s Million Dollar Sundays have brought back the glory days of poker with three $1,000,000 GTD tourneys already this year!

Now we’re about to make poker history again with this almost shocking announcement.

The Million Dollar Sunday is returning for a fourth installment on Sunday, September 13thand will be followed with four more in October (4th, 11th, 18th, 25th). That’s five more huge tournaments in all, totaling $5,000,000 in guaranteed prize money!

Needless to say, this is the biggest thing to happen in US poker in years and could get even better as we aim to make this a weekly event going forward.

You can earn your $540 seat to any of these events for a fraction of the cost with our hit promotions like ‘Million or Bust’ Jackpot Poker and Spin to Get IN, or simply qualify via one of our many satellites.

Tell your friends about the $5 Million GTD promo.
Get ready to be part of poker history again!

Good morning. Gonna be playing the freerolls today at Americas Cardroom. If you have an account there come by the tables and watch. You can also chat with me at P4AC Chat. Just click our chat tab. If you want to learn or play texas holdem poker click on the Americas Cardroom banner. This site is for new players and we have freerolls so it will not cost you anything. We will be playing in support of different charities such as cancer, MS, child hunger, homelessness and more. If you would like more info about Team P4AC Poker, the charities we help, about how you can help or get involved even if you are not a poker player send email to terry@poker4acause.org.
If you are a poker player or want to learn and have your rakes and fees from your real money game play go to your favorite charity then follow this link and download our free poker software. Be sure that after you have created your new player account that you send me an email with your new screen name so you can be added to our list of players who will be playing online in support of charity.
http://poker4acause.org/sign-up-in-3-easy-steps/

Thank you and welcome to the team.

December, 8th @ 11:00AM there will be a holiday party for our local military from the Dallas area at 3825 Duck Creek Rd. Garland Texas.  We will be going to the Dallas VA. Hospital and picking up several veterans each with their own issues and we will be helping in what ever ways we can.
How you can help.
Please come out and join us for an hour or two or stay for the day.  Bring either a food donation or clothes for these vets.  A lot of them are homeless and could use things like boots, jackets, coats, gloves, blankets, carry food such as potted meat and crackers, canned meals such as soups, ravioli, spahgetti, etc.  This will be a great time and fun event for all as well as helping out those that really need and deserve our help.
Thank you.
Come join TJ Cloutier, Poker4ACause, Big Slick Poker Academy and all our friends for this great tournament that will benefit Cassie Gillaspy and her two children who lost everything in a tragic house fire.  All donations will be accepted from clothes, furniture, appliances, toys, kids clothes ages 5 and 6, pull top can items such as Ravioli, potted meat, tuna, chicken noodle soup, crackers, sandwich bags, all kinds of MRE’s (meals ready to eat), boots, shoes, jackets, coats, toiletries, back packs, $10 – $25 gas or Walmart gift cards.  Anything left over that Cassie and her family does not need will most likely go to P4AC Poker’s Veteran’s House or family Gateway here in the Dallas area.
P4AC will be on hand video documenting the days events so be sure to check back here or at P4AC’s Youtube channel for video of the tournament as well as raffle winners, tournament winners and much more.
Once again if you are a poker player or would like to learn. We would like to invite you to play with us online at www.poker4acause.org.
Poker4ACause.org hosts live real money online gaming through our affiliates Aced and Carbon Poker.
When you sign up for one of our poker affiliates either Aced or Carbon Poker at Poker4ACause.org, make a deposit and play in any real money game you are helping P4AC’s charity Veterans’ House through the rakes and tournament fees that you generate from your game play.
It’s that simple.  If you are a poker player or you want to learn.
All you have to do is play with us at P4AC Poker and our affiliates and by doing this you are automatically helping to fund P4AC’s mission to put a Veteran’s House not only in Dallas, TX but to also put one in every state.
Visit Poker4ACause.org to find out how we use comedy, music and poker to bring help to people and communities.
Thank you for your support.
Go Team P4AC!
To all P4AC Members
Remember you do not have to be a poker player to be a member of P4AC.  You just need to be a person who wants to help.  Thanks to all that helped whether part of our live forum in Dallas, Tx, our online poker rooms at Aced & Carbon Poker and forum or both.  Please read on to see how your gift what ever it was or your game play at P4AC Poker has helped people this holiday season.
Local ministry makes Christmas brighter for kids in need
Kim Everett | December 29, 2012
Local children’s ministry, C.O.O.L. (Children of our Lord) Kids, founded by NaKina Talbert and her husband Tom, recently hosted a Christmas party for 105 underserved children.  This was the fourth Christmas celebration hosted by the Talberts, but it was the first one held in Garland.

In all, 210 children were served this holiday season, which includes gifts delivered to a group of Taiwanese refugee children.
The couple recently moved its ministry to South Garland after research showed that numerous programs serve inner city children, but there aren’t many in the suburbs. “When a family is living in poverty they are typically in survival mode,” Talbert said. “They have little time or energy to focus on their children’s spiritual, educational or emotional needs.”
C.O.O.L. Kids is a Christian ministry that children can attend Saturday mornings and get a hot breakfast, have Bible study, receive mentoring, do arts and crafts, play games and get one on one attention. Talbert believes that this shows them that people care and gives them hope for a better future. The children can also get free used clothing and shoes, school supplies, and a take home lunch, as most of them are on the assisted lunch program during the week but may only eat one meal a day on weekends.
Elks Lodge #1984 provided the space for this year’s party.  “This is the first year the Elks have been involved but it will not be the last,” Talbert said.
The organization had lost its venue four weeks before the party and the members of the Elks Lodge offered their facility.  After hearing more about what the children’s ministry was doing, the lodge had toy and food drives and collected more than 200 toys and many pounds of food.  They also supplied volunteer staff, raised monetary donations, provided pizza for the party, along with storage and drop off  for donations, and gave lots of moral support.   The Elks have also agreed to let C.O.O.L. Kids use the lodge for its weekly ministry as well as for other events.
The families that benefit from the party are either living in section 8 or government subsidized housing or in shelters. They register each child at least a month in advance. “The Lord brings them to me…I don’t know how else to describe it other than that,” Talbert said.
Talbert found out about a section 8 complex near the lodge and went to speak to the manager.  “When I walked in the office she was talking with someone about how there were 40 families in the complex that would not have a Christmas this year,” she said. “It’s a God thing.”
A complex that houses Taiwanese refugee families also contacted her and asked for help.  “It took us from over 100 on our list to over 200,” she said. “But we knew if God brought them to us then He would provide, and He sure did.”
All the children at the party received a bag of gifts and a Build A Bear and enjoyed making Christmas ornaments, decorating cookies, and having their picture taken with Santa.
The ministry received lots of help from Firewheel Church families who sponsored more than 150 of the kids’ wish lists; Allen’s Norton Elementary School; Plano’s Lifepoint Church; Advantage Storage and Walgreen’s, both in Sachse; Wounded Warriors of Texas; residents in Woodbridge; Terri Jackson and Control Manufacturing; Kathy Senase and her team at AT&T; and the Bys family who raised 125 Build A Bears.  They are also grateful for the help of Rhanda and Nicole Holden and Patrick and Chrissy Wallis and family, along with countless other volunteers too numerous to mention.
“But mostly, thanks to our Lord and Savior Jesus Christ for allowing us to serve Him,” Talbert said.

Come join me Holdem1eyejack @ Scooter’s on Monday & Tuesday the 8th & 9th of October,  Then again on the 15th & 16th for P4AC’s Satellites where you could,
Win a seat at P4AC’s $100 Buy-In Celebrity Invitational Texas Holdem Tournament for Charity @ Scooters with your host,Chris Mays & Poker Hall of Fame Inductee & Six Time WSOP & Bracelet winner TJ Cloutier on October 20th.

Satellites are $11 and have a 10 player minimum.

One $100 seat given away for every ten players.

Other Satellites that will be available are:

One seat given away for every ten players.

One seat given away for every ten players.

Two seats given away for every ten players.

Texas Holdem Poker for a Cure!

1. Click on one of our poker banners on this page to download our free poker software.
2. Once downloaded, open up the software and click on create account.
3. Verify your account.  After you create your account you will be sent a verification code to the email address you signed up with.  Pull up your new poker account and sign in. After your signed in. Click on account at the top left of the screen in the tool bar.  When the drop down menu appears click on verify email.  Enter the code that was sent to you and your account will now be verified and you will have full access to all real money and play money cash games, tournaments and freerolls.
4. Send us an email to poker4acause.org@gmail.com to be added to our list of players and to receive special invites, freerolls and more.

The main objective of Poker4ACause is to make a positive difference in the lives of others who are in need by raising monetary funds, collecting food and basic essentials and providing them to individuals, families, disabled veterans, the homeless and more.  This is accomplished through hosting successful fundraising promotions including comedy, music and charity poker events beginning here at home in the Dallas/Fort Worth area with the goal of going nationwide.  Join our online poker room by clicking on one of the banners to the right and left of this blog 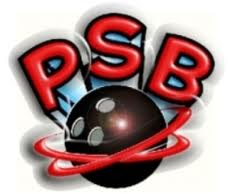 We can custom build a party or an event for your group!
We offer birthday parties for children and adults.
We also offer great special group rates for your company, youth group, religious group, or any group wanting to have a fun time. 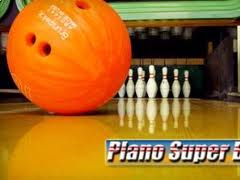 The Most Amazing Bowling Story Ever

In a bowling alley one night, Bill Fong came so close to perfection that it nearly killed him 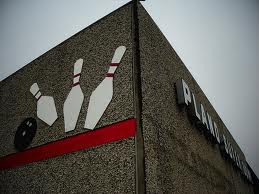